I've been quiet of late, a lot of things going on that I hope to tell you about soon.  Including: THE QUARRYGATE GAMBIT is coming out in just two weeks!  I've been juggling so many balls it feels like it just snuck up on me. 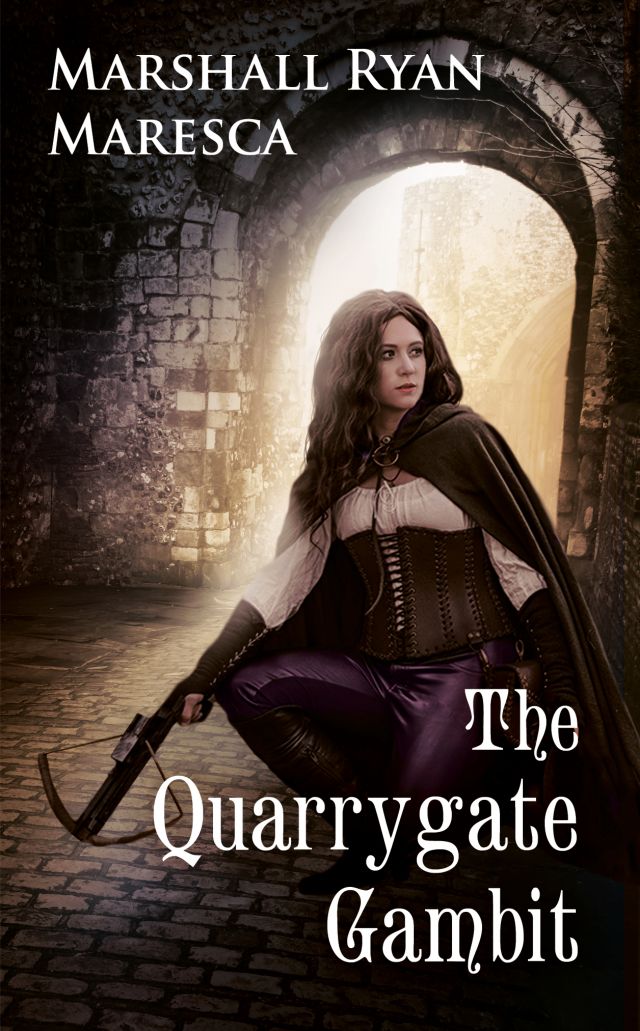 Mixing urban and high fantasy, the fourth Streets of Maradaine novel follows the crew of outlaws led by the Rynax brothers as they struggle to protect the city they love.

After having thwarted some of the forces responsible for ruining their lives, reformed thieves Asti and Verci Rynax and the rest of the Holver Alley Crew had mostly settled back into sedate lives as upright citizens of Maradaine.  But when they are suddenly arrested in mysterious circumstances, they find themselves in Quarrygate Prison, which tests the limits of their cunning and skill.  While Verci struggles to keep their friends alive and safe in the prison, Asti gets pulled into a mysterious scheme in the underbelly of the prison, teaming him up with some of the most dangerous people in Maradaine.  The cracks in Asti’s tenuous sanity get torn open as he is thrown into a cat-and-mouse game with one of the city’s most infamous killers.

Meanwhile back in their neighborhood, Verci’s wife Raych is desperate to help him and Asti and get them home. When her attempts to go through proper channels fail, she accepts a ludicrous deal from the local crime boss: Verci and Asti’s freedom in exchange for her pulling off a daring, nigh-impossible heist that would challenge even seasoned thieves. Raych doesn’t know how a simple baker like her could hope to succeed at such a task, but she will use every trick and wild idea she has to help her family.  None of the Rynaxes will rest until they are free from Quarrygate and together at home again, no matter the risk, no matter the cost.

And, yes, like Assassins of Consequence, this one is e-book only.  Will there be a paperback version?  As with Assassins, I'm working on that, and you'll all be he first to know, just as with other news.

So what else is happening?  Well, there will be a BIG Maradaine Phase Two announcement very soon, as well as announcing other things in the future.  I know I've been saying that for a while, but this one really is coming in just a couple weeks.  But in the meantime, keep your eye out for the next Maradaine Saga short, Hultichia.  This one is a novelette!

Also, as I've noted below, I will not be appearing at World Fantasy like I previously planned.  With the A Lot Of Things, if I also traveled next weekend, I'd fall over.  None of us want that.

Talk to you all very soon.

Posted by Marshall Ryan Maresca at 3:00 PM No comments: