All right, I've held my tongue long enough, and in light of recent news, there's no reason not to tell you all my full intentions for Phase Two of the Maradaine Saga.  After all, both The Assassins of Consequence and The Quarrygate Gambit have come out, and if you've finished those books, you've seen the tease for what comes next.

So, without further ado:

Yes, that is a lot!  So what can I tell you about all of this?   I've already told you about the Saga Shorts, though there might be some timeline shifts there (Hultichia will probably come out in early 2023, rather than trying to squeeze it in among the holidays.)

But the rest?  Let's go through it! 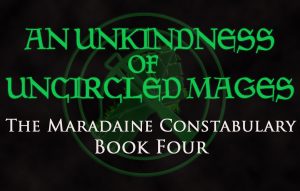 Satrine investigates a serial killer, while Minox’s time in restricted desk duty nears its end, and he hopes to be reinstated as he works on learning how to control his magic.  But when Minox’s cousin Evoy goes missing, he's thrown into turmoil as his search dovetails into Satrine’s investigation.  As they both track an Uncircled Mage they suspect is the killer, the real danger may closer to them than they ever thought. 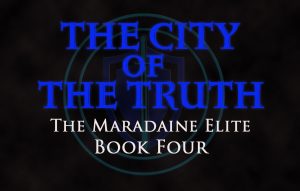 Dayne and Jerinne face ratcheting tensions in the city as the political trial of Tharek Pell launches a radical movement, and the plans of the Grand Ten come to a head.  The entire Druth government, from the Crown to the Parliament, could be unraveled as plots and secrets come to light. 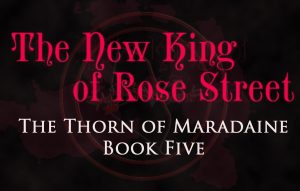 The chaos of the Fenmere empire and the Aventil gangs is only intensified by a new leader taking command of the Sons of Tyson, making war on all parties.  Veranix is determined to keep out of it and focus on his education, but all the magic students are recruited to help hunt this new "Thorn". Veranix finds himself pressed on all sides, and he must finally decide which part of his life has his true loyalty,  before everything is burned down. 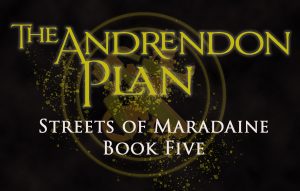 Asti and Verci work to pull together every ally they have, using every clever plan and gadget they can put together, for one grand scheme to dismantle the financial and political forces behind the Andrendon project, before their entire neighborhood is destroyed. 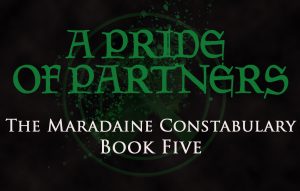 Minox and Satrine secretly work together to bring down the ringleaders at the heart of the conspiracies plaguing the constabulary, finding themselves completely without allies. Everything they believe in is put to the test as they discover the tendrils of corruption continuing to spread through Maradaine. 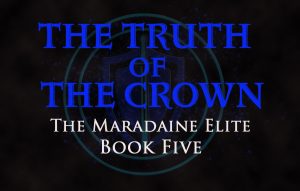 Dayne and Jerinne work to expose the real truth of the Grand Ten, forcing them to confront the lies that the nation was built on, while striving to hold onto the very spirit of Druthal that they believes in.  To defend everything they love about the country, they might have to become rebels against the crown and parliament.

FINALLY, I'm often asked this question: will there be another book for Corrie Welling and the other Displaced Daughters?  The answer is a tentative yes, and it will likely have the same sort of "interlude between phases" placement that An Unintended Voyage had.  But title, format, etc. is still in flux.  So more news when that's a little more solidified.

This, combined with the other projects I've got working, should keep me pretty busy for a while.  I won't make a timeline-based announcement for these titles, but let's tentatively say that 2023 will be a rebuilding year, and we'll start to see real momentum in 2024.

Thank you all so much for your continued support.

Posted by Marshall Ryan Maresca at 12:22 PM No comments:

Quarrygate Gambit Release Day, And News of the Future

Today is the release day for The Quarrygate Gambit, and it’s somewhat bittersweet this time around. This will be the last Maradaine novel published with DAW Books. I’m not done writing them, but I have no further contracts publishing them with DAW.

See, The Quarrygate Gambit, the fourth Streets of Maradaine novel, much like The Assassins of Consequence back in March, is being released as e-book only. Which has been a thing this whole year that I’ve been reticent to really dive into. But it’s time to talk about it.

Coming out and talking about this publicly brings me absolutely no joy. The last thing I wanted to do was complain, especially since, in comparison to so many in the publishing industry, I’ve been incredibly fortunate.

But these two books coming out as just e-books has harmed my ability to reach readers. I can’t take further contracts without certain guarantees, and I don’t currently have an agent to fight for that for me. I’ve parted ways with my agent for various reasons.  I won’t detail said reasons because I have zero interest in publicly dragging, and they stemmed largely from other circumstances in his life taking priority, and nothing of malice or harm. I’m not angry with him, he’s a good guy who just couldn’t do the job anymore.

The point is, I’ve left my agent, and have the unenviable task of having to find a new one while everything else here is happening. Which means not just having to pivot right now, but possibly do a hard reset on my whole career.

And this is on me for having, perhaps, too much ambition in what I was trying to do. I mean, I put out four intertwined trilogies that came together in the twelfth book, and then had the audacity to say, “And that finishes Phase One.”

I don’t think I’m talking out of turn to say that the marketing and promotion for my work never reached the same level as my ambition. PRH fundamentally never understood what Maradaine was in the first place, and they’re who handled DAW’s marketing.  In not understanding that, they never knew HOW to promote it. Here I am, with a book that is, all at once: Book Four of a series, Book 15 of a Saga, and the second book of Phase Two. How DO you promote that?  Is it even possible to sell that if you haven’t already communicated what the Maradaine Saga is to your potential audience? If you haven’t bought into that yourself? PRH never did, and therefore I spun further and further down the proverbial “death spiral”.

Thus, the decision, imposed by PRH, that THE ASSASSINS OF CONSEQUENCE and THE QUARRYGATE GAMBIT were to be ebook only. Last year, PRH decided a number of books on the upcoming DAW slate weren’t worth printing. Part of this is tied to the death of the Mass Market Paperback as a format, I’m given to understand. The point of MMPB was that they were cheap to print, and that’s no longer the case.

So what could I do about it? I wanted to believe that things would work out in the long run. That this was a rough patch due to PRH, and there would be something better on the other side. The other side is now DAW being part of Astra, and I hope that’s good news for them and the future. But, the decision to keep AOC and QG– as well as any Maradaine in the future– as only ebooks, well, that decision stood. So I have to walk away.

If you’ve been following anything with DAW and the industry in general for the past few years, you know that I’m not the first to face this type of decision. You saw it with Michelle Sagara. You saw it with Cass Morris. And you won’t see me as the last, I can tell you that.

To be clear, I’m not angry with DAW or Astra or Sheila Gilbert. Phase One of Maradaine, Velocity of Revolution, and An Unintended Voyage are great books that I’m proud of, and proud of the work we did together. I’m walking away, but on good terms.

So what does this mean for me and my ambition? First off, I ended both ASSASSINS and QUARRYGATE with specific promises for the future, as well as making an overall promise regarding Phase Two of Maradaine.  And I’d like to think my track record of 16 novels from 2015-2022, not to mention four years of a Hugo-nominated podcast has earned me enough benefit of the doubt in terms of my ability to get it done. Because, frankly, I’m too stubborn and too ambitious to quit now.

SO: I’m making that promise to you all, and I’m a man of my word. I will finish Phase Two of the Maradaine Saga, and get that to you all. It will take me a little longer than I had originally hoped, but I will get it done. How and where, and especially WHEN– that’s in the air. As this thread indicates, I’ve got a lot of things to sort out. Both with the future of Maradaine, and other writing endeavors. I’ve got some brand new projects in the works that I’m very excited about.

I’ll be talking about these things more when it’s more concrete. But 2023 is going to be a rebuilding year for me. Lots of work to do, and I’m looking forward to it.

Posted by Marshall Ryan Maresca at 10:00 AM 2 comments: