Onward to 2022: The First Two Books of Maradaine Phase Two

So, last week at ArmadilloCon, I had the pleasure of having a Special Guest interview, conducted by Thomas Wagner of SFF180, which we also recorded and he put on his channel.  I had a great time talking with Thomas about my process, the path of conceiving and writing Maradaine, Velocity of Revolution, and everything beyond that.

And talking about beyond that, at the end of the interview, as well as immediately afterward on Twitter, I announced what the next two books are for 2022.  So let's talk about what those are going to be. 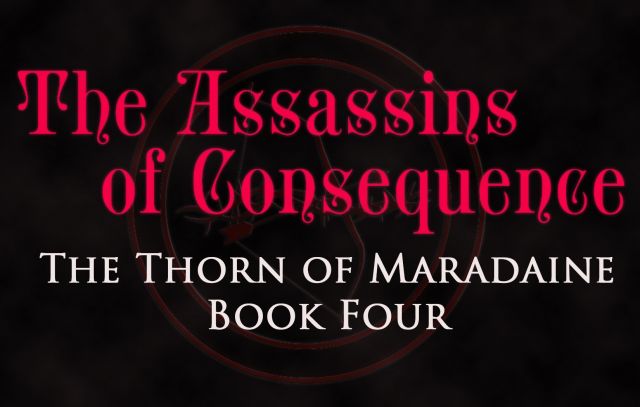 First off, we have coming in the Spring, The Assassins of Consequence.  While we've seen Veranix Calbert in The Fenmere Job and People of the City, we've not seen anything centered on his part of the city since The Imposters of Aventil.  So, here we return to the University, Dentonhill and Aventil, and the team surrounding Veranix as he continues his war against Willem Fenmere.

The autumn semester at the University of Maradaine is underway, and Veranix Calbert is doing his best to balance the new responsibilities of being a fourth-year magic student under the militant Altarn Initiatives, while still acting as The Thorn, the street vigilante deep in a personal war against the drug kingpin Willem Fenmere.  With the help of his friends Kaiana, Delmin and Mila, he’s been able to strike real blows against Fenmere’s empire.But Veranix’s fight has earned him more enemies than just Fenmere, including the mad alchemist Cuse Jensett, the imposters Erno Don and Enzin Hence, and the Deadly Birds Magpie and Jackdaw.  These five killers join forces to escape Quarrygate Prison and offer an alliance to Fenmere, bringing with them the perfect leverage to seal the deal: the Thorn’s identity.Once Fenmere knows who Veranix is, he doesn’t just want to kill him, but to utterly shatter him.  Calling on everyone in Maradaine holding a grudge against the Thorn, he unleashes a brutal hunt against Veranix.  With old and new enemies all looking to claim the bounty on his head, stripped of the security of his secret identity, Veranix faces the most brutal fight of his all too-short life.

And what's after that? 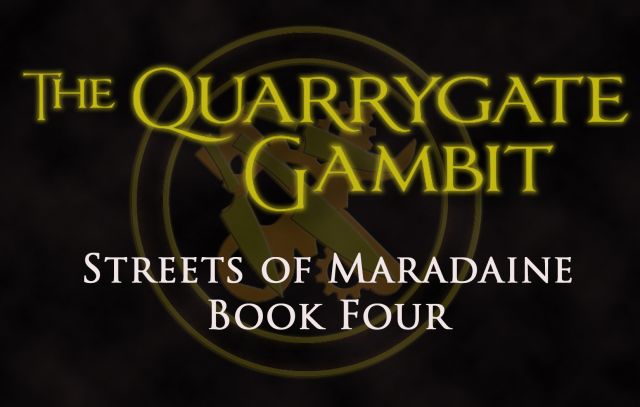 In this one, Asti & Verci are now legitimate businessmen running the Rynax Gadgeterium, trying to settle into a normal, decent life for themselves and their friends, families and neighbors, while still planning to root out those responsible for the Holver Alley Fire and exact justice upon them.  But their sudden arrest throws all of those plans out the window, and now they must scramble to make a new plan from inside Quarrygate Prison.  Desperate to get her family back, Verci's wife Raych Rynax will have to come up with her own mad ploy to get the leverage she needs to save them.In essence, equal parts Escape from Alcatraz, Suicide Squad and Oceans 8.  And that's what's coming in 2022!  More news on the future of Maradaine soon.In the meantime, An Unintended Voyage comes out next week!  Still plenty of time to pre-order.  For those of you who have been waiting since A Parliament of Bodies to learn Corrie's fate, your wait is almost over. 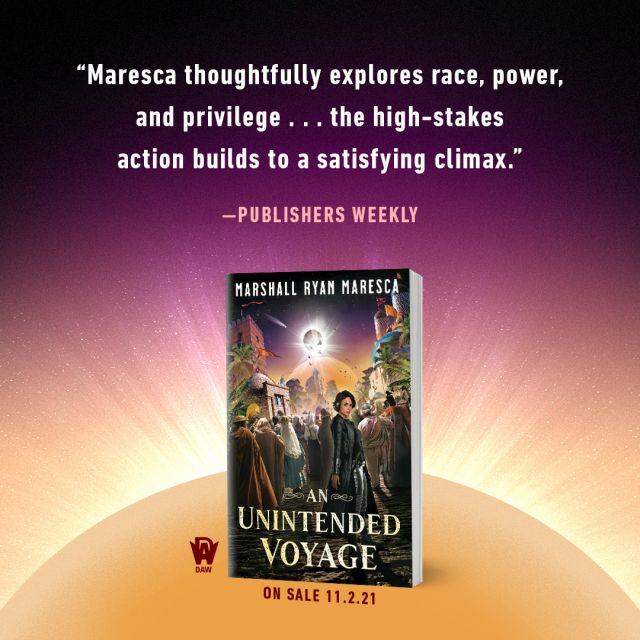 What’s up to all, it’s genuinely a fastidious for me to visit this website, it consists of priceless Information. 메이저사이트

This is very interesting, You are a very skilled blogger. 토토사이트

I have joined your feed and look forward to
seeking more of your magnificent post. Also, I’ve shared your site in my social networks! 사설토토

I couldn’t resist commenting on this article. Wonderful post! 토토