The End of 2022 in House Maresca: Eligibility, Social Media, and the Future

We're at the end of another year, and friends, this one was a blur.  Honestly, I don't even know where it went.  But I did do quite a few things throughout the year, so here is my humble reminder of the things I have done in 2022 for which I am eligible.

I put out three whole books this year!  Well, two novels and a novella, but still.  Despite publishing challenges, especially with Assassins & Quarrygate, I'm proud of the books themselves and the work I did.

And of course, also:
Best Fancast/Podcast: WORLDBUILDING FOR MASOCHISTS 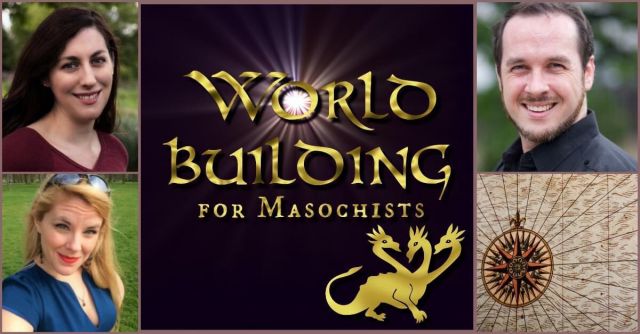 So if you are empowered and inclined to nominate me for any of those categories in any awards, I would greatly appreciate it!

In other news, despite the near-collapse of Twitter, it does kind of remain my preferred location for daily musings and whatever else is going on with me.  But I will likely be using my blog more often!  Not my pre-2018 levels of twice a week, but more often.
But if YOU are fleeing Twitter (or were wise enough to never get on it), here are other places to find me.

I'm trying some of the other social medias, but.... not really vibing on any of them.  But most other places I'm likely "mrmaresca", so if you are trying to find me other places not mentioned above, that's a good bet.  I mean, "Marshall Ryan Maresca" is a unique name-- you look it up, you find me.  For better or for worse.

So, what's next for 2023.  As I mentioned elsewhere, it will be something of a "re-building" year where I won't have much scheduled to come out.  BUT I am working hard on a number of things, including making good on the big announcement from last month.  Along those lines, you can expect the Maradaine Saga Short Hultichia to come out early 2023.  More details on that to come, but it will be a novelette length, featuring another secondary character from the Thorn series in a starring role.

A mysterious and disturbing summons brings Aurien Pemmick, novitiate with the Church of Druthal, to Kellirac, the peculiar and suspicious country on the eastern border.He is determined to find his old mentor, no matter what threats Kellirac throws at him.But since Pemmick arrives at the eve of Hultichia, a night where the locals claim the dead will walk, Kellirac proves to be a place of dangers beyond the natural realm. Pemmick’s faith is tested against Kellirac superstition, even as his mission threatens to drag him into madness, and the darkest night of his life falls.

That's all from this end, more news for you soon.