Friends, World Fantasy was excellent.  And now I need to fall down and recover.  (Not as much as some people, as there was A Thing going around and some people got quite ill, which is quite a shame.  I hope all of them are doing better.)

But many wonderful things happened, including dinner with the wonderful DAW editors and authors. 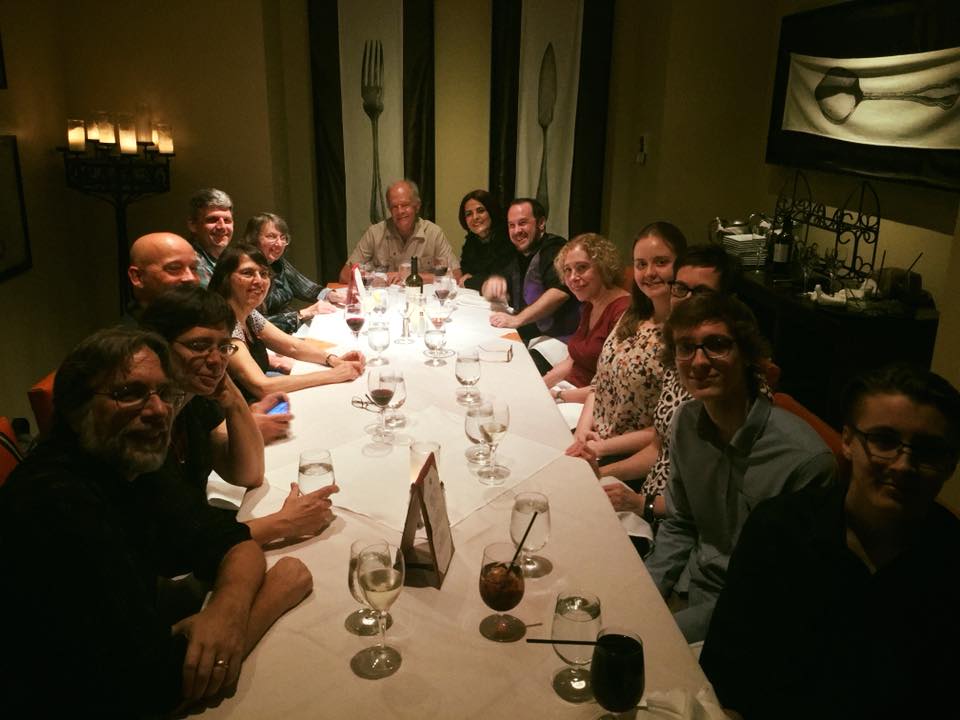 I also signed many copies of many books, including copies of Rayguns Over Texas, which some brilliant person made one of the free swag-bag books.  There's a lot of good stories in there that deserve to be read.

Also, over the weekend, several great reviews of The Imposters of Aventil showed up.  Kings River Life says, "I’ve been waiting for this.  I’ve hoped it would happen for a long time.".  Gizmo's Reviews says, "If you are a reader who loves epic fantasy, then you will love these series. You will love the world building. You will love the characters of all three series. You will love the danger & action & adventure."  And Powder & Page says, "Every single one of the Maradaine books have been adventurous, fun reads that leave me with a sunnier disposition by the end. Can’t wait for the next one!"

Now, fall down, and then: back to the word mines.  Many things afoot.
Posted by Marshall Ryan Maresca at 6:00 AM