We're about ten weeks away from the release of Lady Henterman's Wardrobe, the second Streets of Maradaine novel.  The Rynax Brothers are back with the rest of their crew, with a brand new heist adventure.  Here's the first excerpt: 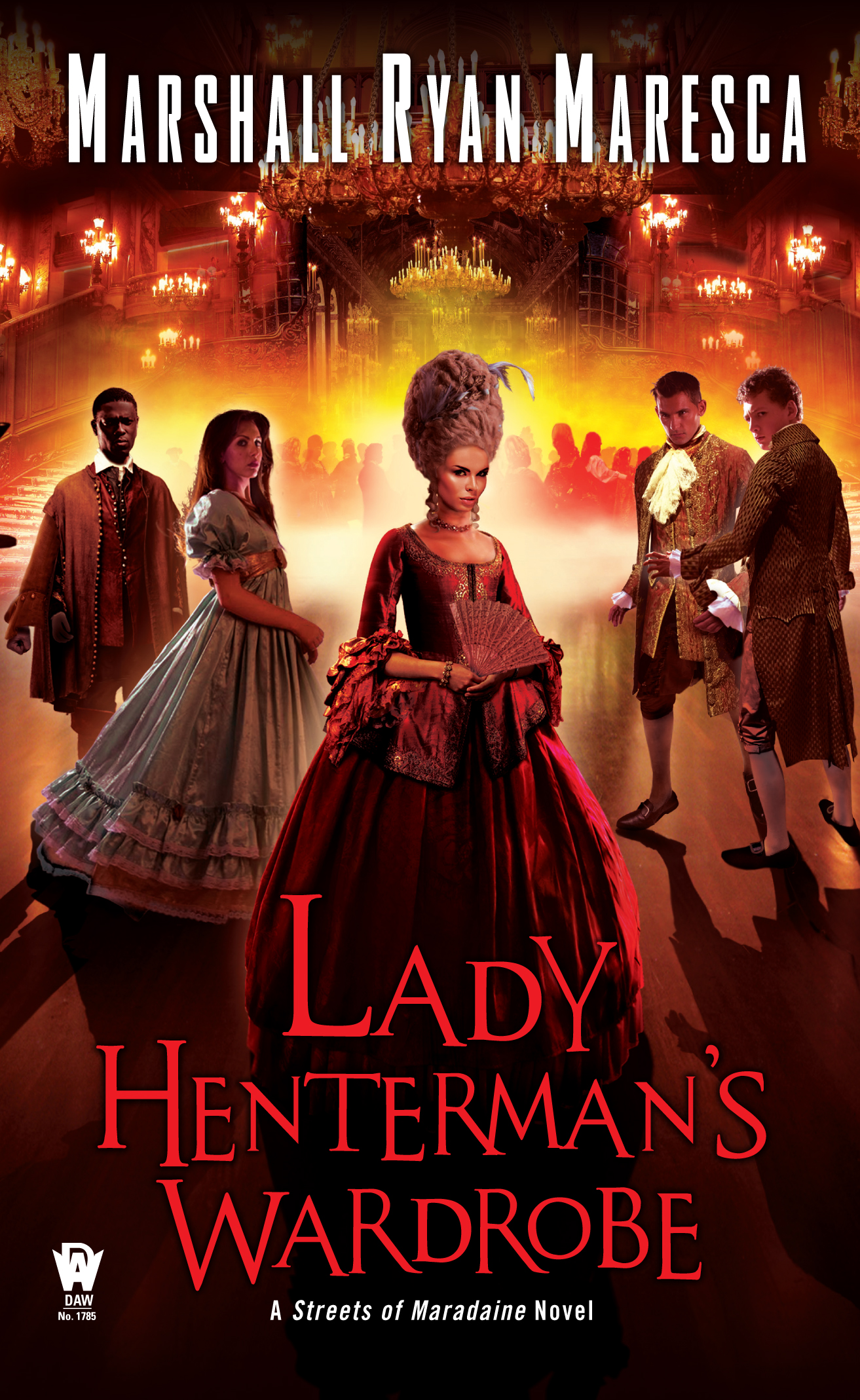 Mixing high fantasy and urban fantasy, the second novel of the Streets of Maradaine series follows the Rynax brothers’ crew of outlaws as they attempt their biggest heist yet and restore justice to the common people.

The neighborhood of North Seleth has suffered–and not just the Holver Alley Fire. Poverty and marginalization are forcing people out of the neighborhood, and violence on the streets is getting worse. Only the Rynax brothers–Asti and Verci–and their Holver Alley Crew are fighting for the common people. They’ve taken care of the people who actually burned down Holver Alley, but they’re still looking for the moneyed interests behind the fire.

The trail of breadcrumbs leads the crew to Lord Henterman, and they plan to infiltrate the noble’s house on the other side of the city. While the crew tries to penetrate the heart of the house, the worst elements of North Seleth seem to be uniting under a mysterious new leader. With the crew’s attention divided, Asti discovers that the secrets behind the fire, including ones from his past, might be found in Lady Henterman’s wardrobe.

Goodreads Page for LADY HENTERMAN’S WARDROBE
Available at Amazon and more!
Posted by Marshall Ryan Maresca at 6:00 AM