It's been a strange few weeks for us here in the Maresca household.  If you weren't aware, most of Texas suffered a massive catastrophe when we were hit with temperatures below freezing for several days, which was absolutely unprecedented.  I've lived in Austin for 25 years, and this is the lowest I've seen the temperature go, and the longest stretch of below-freezing temperatures as well.  While it was terrible for many, many people, we were all right in Casa Maresca.  We were very fortunate that we never lost heat or power, and while we did lose water for several days, we were prepared enough (especially with the additional generosity of friends) to weather that inconvenience.  We were very lucky.

And since we're OK, what's coming up? 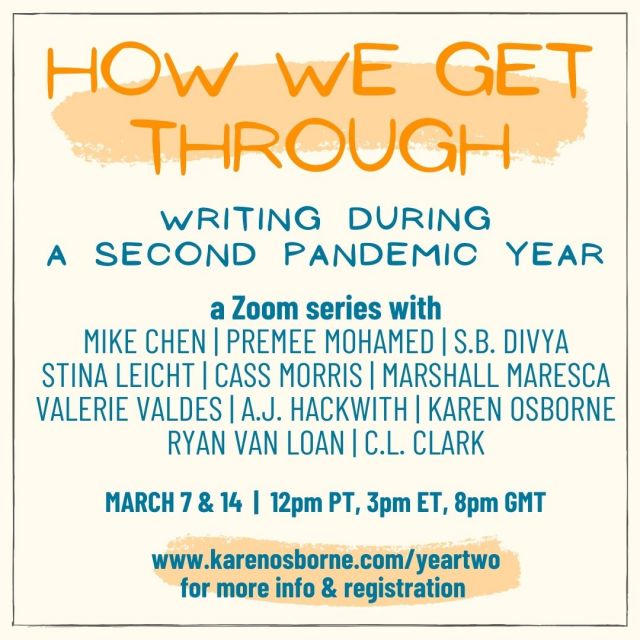 SUNDAY SUNDAY SUNDAY
I'll be appearing on a panel of "HOW WE GET THROUGH: WRITING DURING A SECOND PANDEMIC YEAR" with several other brilliant authors, hosted by Karen Osborne. This is actually a two weekend event: On March 7th at 3pm Eastern/Noon Pacific, I'll be appearing with Valerie Valdes (author of Chilling Effect), Ryan Van Loan (author of The Sin In The Steel), Premee Mohamed (author of Beneath The Rising) and A.J. Hackwith (author of The Library of the Unwritten)
And on March 14th, the fantabulous Stina Leicht, Cass Morris, Mike Chen, S.B. Divya and C.L. Clark will do a second panel. It's going to be great.
Register for the panels here: http://www.karenosborne.com/yeartwo/

The Velocity of Revolution came out last month, and I've been absolutely thrilled with the reactions I've heard so far. I'm going to eschew the usual humility and say that I think this is the best book I've written. If you've yet to check it out, consider that it is Queernorm Dieselpunk Fantasy with:
Also, the ending prompted my mother to text me, "OMG!", which is something akin to audience reaction at the Ed Sullivan show when the Beatles played. So get your hands on it!

Now, One more thing to file under "eschewing the usual humility". 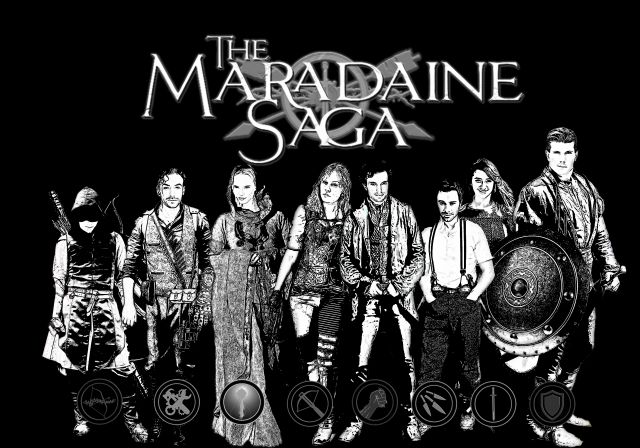 The Hugo Nominations are coming up! Are you eligible to nominate for the Hugos? Then I would ask you to consider:

I think with both of these, I've been able to contribute something truly excellent and worthy of you consideration for these awards. The Maradaine Saga has been a colossal effort on my part, weaving the four series together to come to a season finale conclusion bringing all the threads together in PEOPLE OF THE CITY. If you've read all the books up through People, I hope you'll agree, and shout about it to everyone else you know. But that's up to you and your honest opinion.
In the meantime, I keep working, and I hope to have some new announcements for you in the near future. Talk to you soon.
Posted by Marshall Ryan Maresca at 5:00 AM